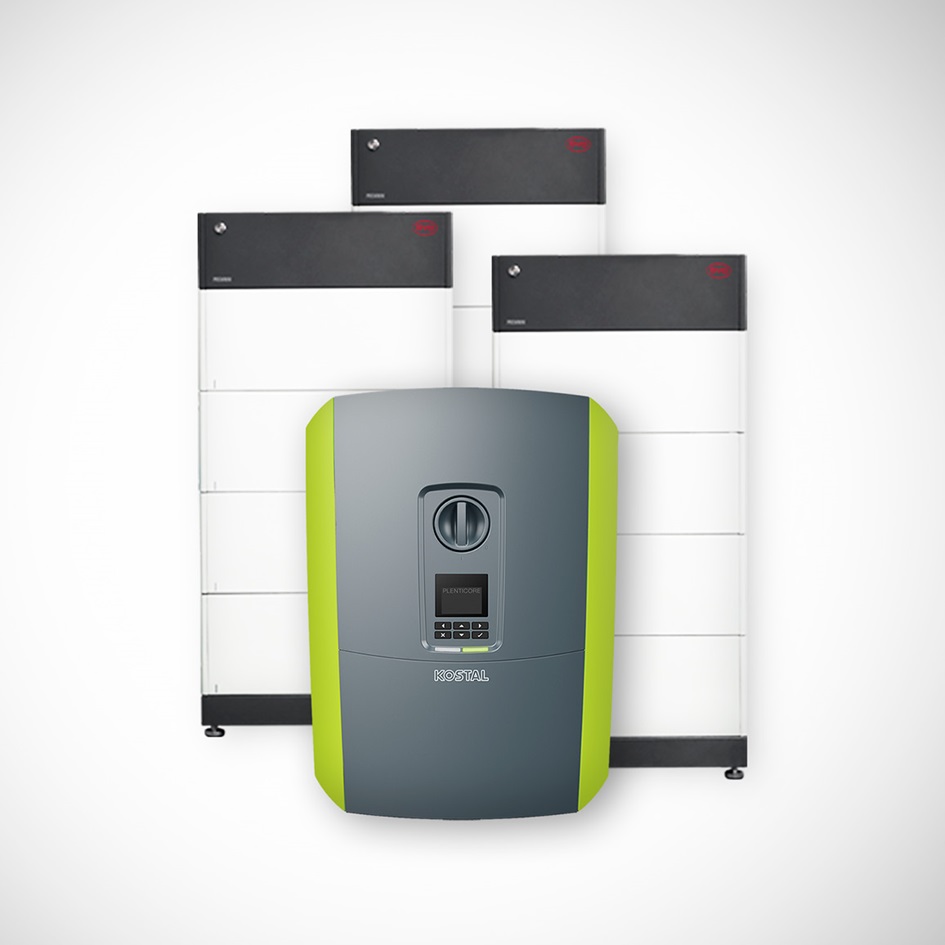 Adding a storage unit to a photovoltaic system is child’s play when it comes to KOSTAL battery inverters. Benefit from the expertise of the company that took top place for its AC-coupled system efficiency.

KOSTAL battery inverters: install storage and consume solar power yourself around the clock

Pure battery inverters are particularly worthwhile for those who already own a photovoltaic system or want to set up a storage system independently of the PV system. They are simply connected to the AC grid in parallel with the PV system and the distribution is supplemented with the intelligent KOSTAL Smart Energy Meter. From then on the intelligent control software takes over: The storage unit is automatically charged with excess solar power and, if additional energy is required, it’s discharged as needed.

A PV battery can help to significantly increase the level of self-consumption because the solar power generated during the day can be stored temporarily and can also be used after sunset. With the PLENTICORE BI, KOSTAL offers a battery inverter with maximum efficiency. The PIKO MP plus, designed for single-phase grid connection, can also be used as a battery inverter with suitable accessories. Here, too, you benefit from our award-winning system skills and particularly high efficiency.

Increase your self-consumption thanks to solar power storage

Photovoltaics is an environmentally and climate-friendly way to produce energy. And anyone can do it on their own roof. However, photovoltaic systems without storage only generate electricity during the day and, if there’s no storage facility available, the electricity can only be used when it’s generated.

By using storage systems, which have now become very affordable, the self-generated solar power can also be put to use after sunset. This leads to higher self-consumption rates and reduces electricity costs as less electricity has to be purchased from the grid operator. A storage system ensures greater independence from the energy supplier.

Advantages of a storage retrofit

Advantages of retrofitting storage with a battery inverter

For existing photovoltaic systems, there are two ways to retrofit a storage unit. Either you replace your existing inverter with a hybrid inverter, which has a high-voltage battery connected to it in parallel, or you add a pure battery inverter with storage parallel to your existing system.